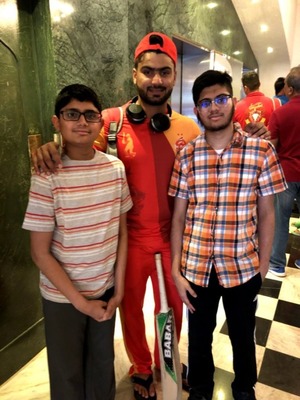 My brother Hasan and I have so many places we still want to see, but this time we were surprised at how beautiful the country of Pakistan is. Ancient cities, beautiful trees, buildings and plants, and lots of very friendly people made this trip interesting and fun. Pakistan used to be part of India.

I did not expect to visit a Geological Museum in Pakistan. I was surprised at how many kinds of museums they had! There are two main places called Geological Museums. Geology is the study of the earth and rocks. They say Pakistan is a big deal for geology. The biggest museum of earth sciences is north in Quetta. That museum has all kinds of cool things, including fossils, shiny gemstones and super old rocks. My favorite ones there were the meteorites. Quetta had an earthquake in 1935. They have many photos and records of when the city was mostly destroyed. They displayed rocks that they found after the earthquake. The city has been completely rebuilt since then.

Karachi is farther south near the Arabian Sea. The Geological Museum there is only a few years old. It took the scientist there 32 years to find all the stones they had in the collection. Some of them were very valuable. He is one of the people that told Pakistan that their land had a lot of minerals that could be sold to support the country. Now Pakistan exports a lot of soapstone to Europe and also sells many other types of special minerals.

I wanted to see the black “tantalum” stone. Nobody can touch that one because it is radioactive.

I will talk to you again soon-